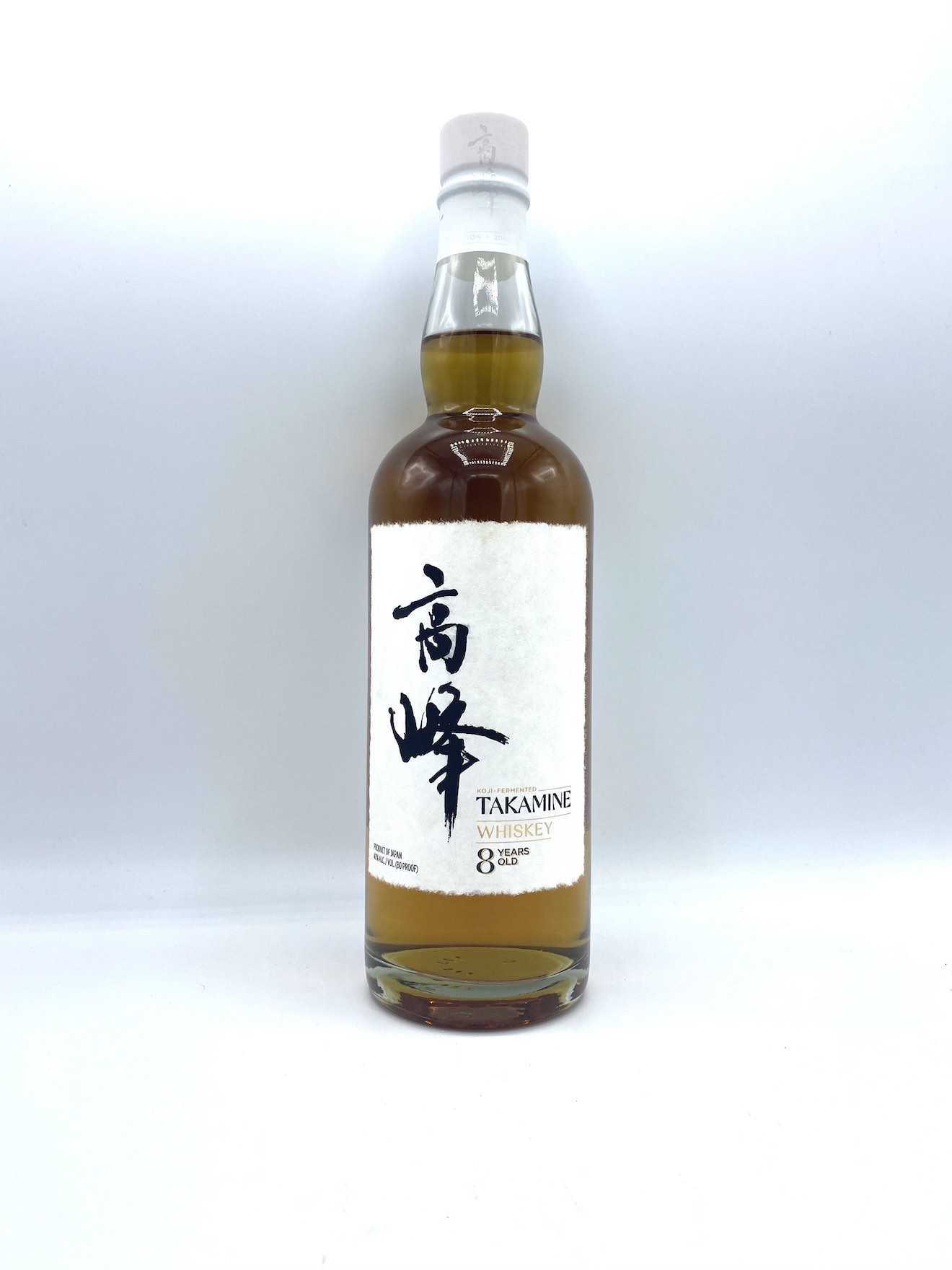 Producer Notes: Takamine Koji Whiskey is made with the patented Takamine Process, which uses an ancient Japanese mold, koji, to convert starches to sugars in a process similar to malting barley. Unlike malt whiskey where sugars are extracted in a warm water mash before yeast is introduced to start the fermentation, both the koji and yeast are active at the same time in a multiple parallel fermentation. This 100% barley ferment is then double distilled and aged in virgin oak and ex-Bourbon casks to give the spirit its natural golden color and deep, lush flavors.

WHAT IS KOJI? For over 1,200 years Japanese craftspeople have used koji as the foundation of Japanese fermentation. Soy sauce, miso paste, mirin cooking wine, sake, and other classic Japanese foods and beverages would not exist as they do today without koji. Koji is so central to Japanese culinary traditions that it has been designated the national mold of Japan (that is not a joke). When carefully cultivated on rice, barley, or other grains koji creates an amylase enzyme, which converts starches to sugars. This allows yeast to do its job. In fact, koji is so efficient that Japanese sake is the highest natural alcohol fermentation in the world with some sake reaching above 20 percent alcohol.

In the case of Takamine Whiskey, koji mold is propagated on steamed pearled 2-row barley and nurtured for two days in an environment with perfect heat and humidity to optimize koji growth. This kojified barley is then moved to a fermentation tank where water, yeast, and additional freshly steamed barley are added. This fermentation process lasts nearly 2 weeks during which the koji will continue to convert the barley to sugars for the yeast to make alcohol. The final fermentation is 19% alcohol.