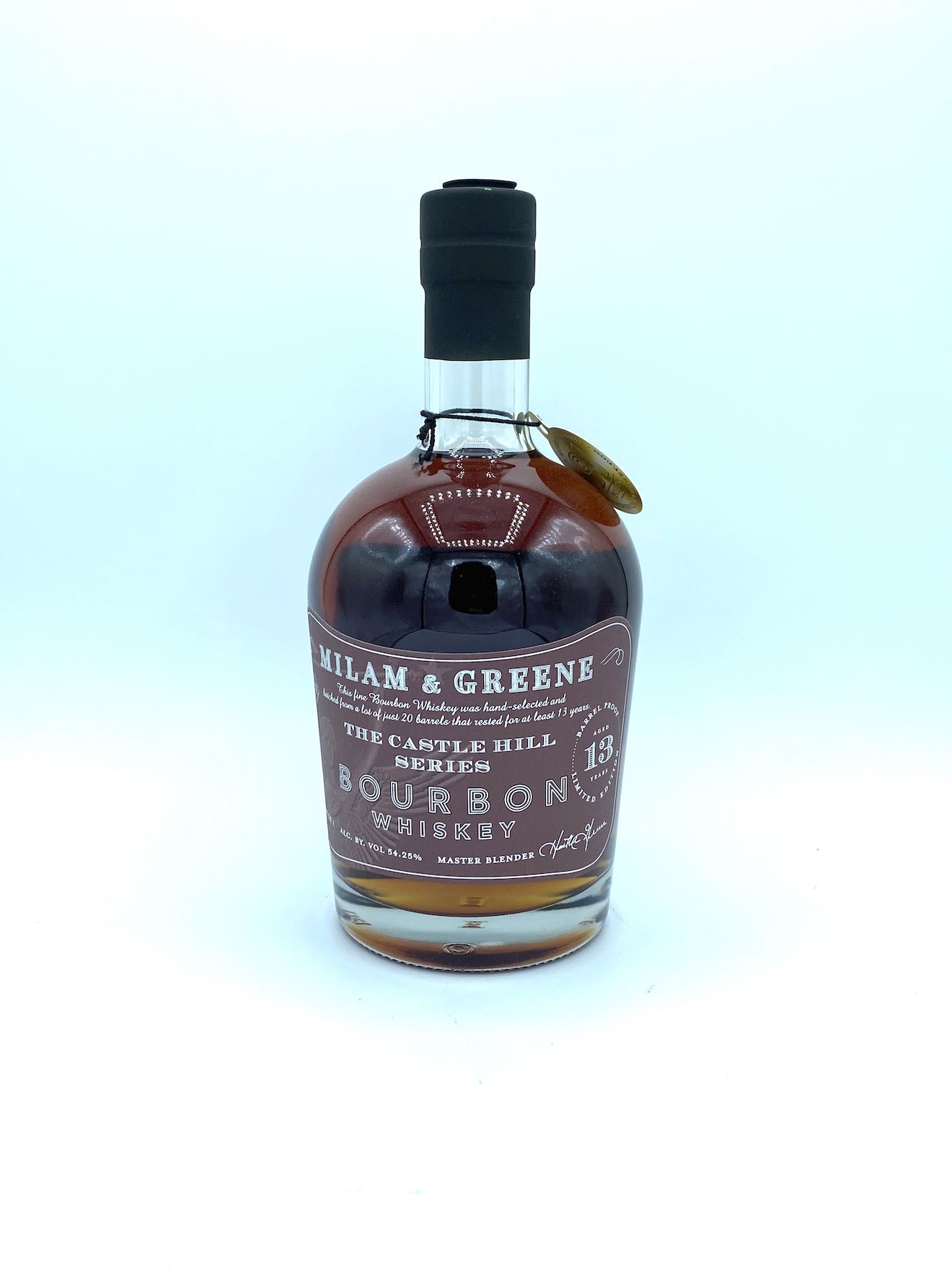 Producer Notes: Milam & Greene Whiskey is introducing The Castle Hill Series Batch 1, a vintage batch of 13-year-old hand-selected bourbons bottled at barrel proof. Only twenty barrels mingled to create this stunning whiskey, making it the most limited of the company’s boutique whiskeys that garnered top awards at the recent San Francisco World Spirits Competition. Milam & Greene is one of the fastest growing craft brands in the United States, expanding nationally under the strategic direction of CEO, master blender, and renowned whiskey expert, Heather Greene.

Milam & Greene The Castle Hill Series celebrates the art and skill of blending vintage whiskey to create bourbon that highlights complex flavors from several single casks. Greene honed her tremendous whiskey blending skills while evaluating Scotch whisky for the Scotch Malt Whisky society in Scotland, as well as while working with numerous distilleries around the globe before bringing her talent to Milam & Greene in 2018. She has helped many beloved brands behind the scenes become major players. She is also a New York Times shortlisted author about whiskey and whiskey flavor development.

Greene said, “I approach blending with express intent and purpose. I think of various barrels the way I think about spices in a cabinet. Each barrel brings its own unique character, and the end-result should be balanced, flavorful, and elegant. I created this first batch of The Castle Hill Series to please whiskey drinkers looking for traditional lush notes of cherry, vanilla, and almonds juxtaposed with tannins and tobacco, and it finishes a bit drier than might be expected. I find these kinds of complexities exciting.”

The series is named for the historic Texas Military Institute, also known as “The Castle,” which overlooks the Capital Building in Austin, Texas. Greene spent hours inside the Castle in isolation during 2020 helping to create this first batch of this limited edition, while growing Milam & Greene into a national brand. The Castle, which is now home to Greene’s blending lab, will soon have an elegant private whiskey tasting room to showcase the art of whiskey blending. Milam & Greene operations, warehousing, and distilling remain in Blanco, Texas under the helm of master distiller, Marlene Holmes.

Milam & Greene Castle Hill Series, Batch 1 Tasting Notes: The Milam & Greene Castle Hill Series Batch 1 declares its age with a deep amber color. Its complexity is immediately apparent with scents of vanilla, almond, citrus, chocolate, oak, and tobacco. Bottled at barrel proof 108.5 (54.25 ABV), the whiskey is an authoritative expression of bourbon, with a backbone of spice and tannins. It is intricate on the palate with characteristic bourbon sweetness, finishing with a lingering rush of warm spice.