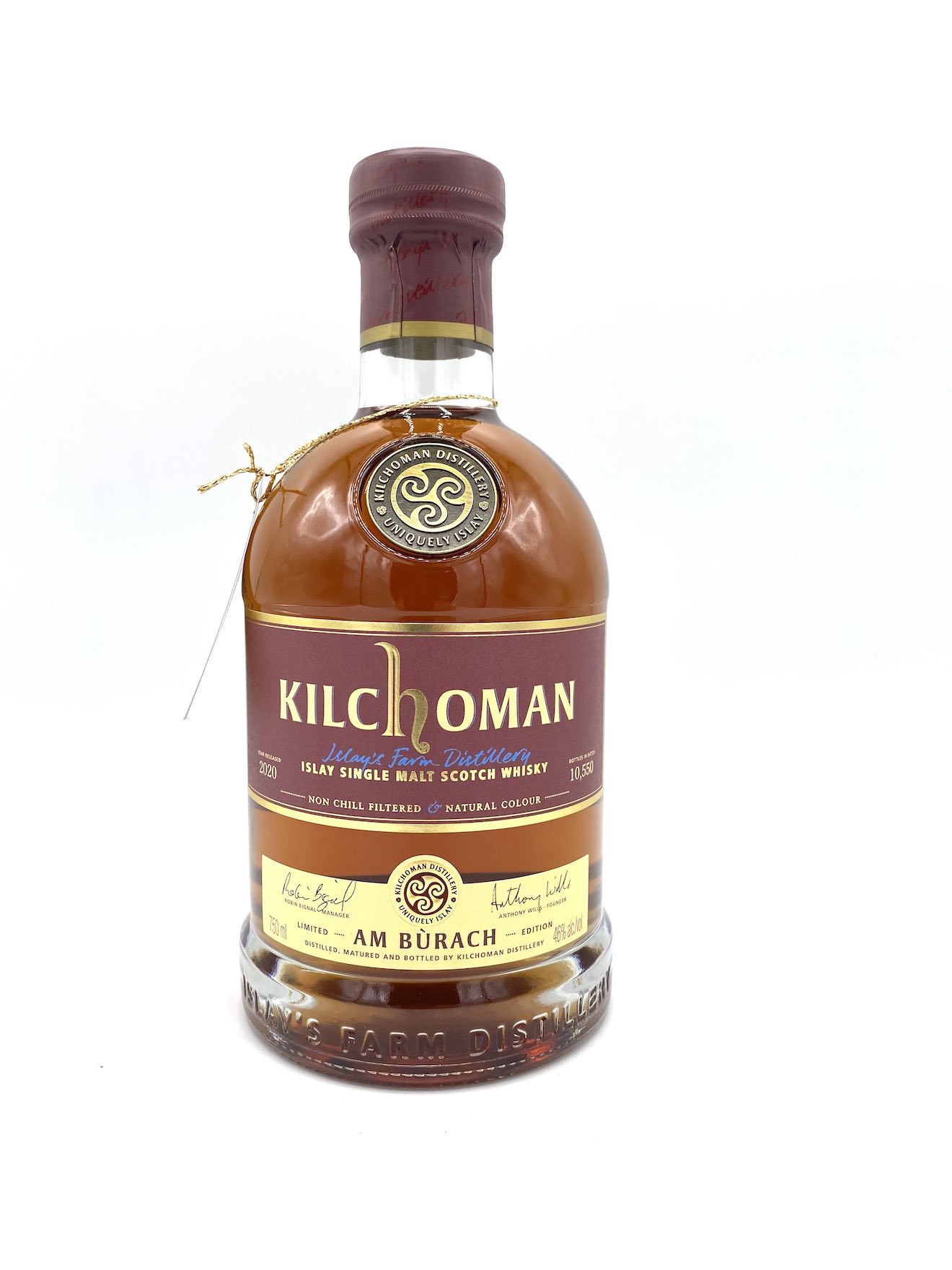 Distillery Notes: Am Bùrach, gaelic for ‘the mess’, might seem a strange name for a limited edition single malt. That would be if you were not aware of the story behind this unique bottling; the delicious consequence of an incident in 2014 where two different Kilchoman expressions were mistakenly combined.

A true one-off, never to be repeated, Am Bùrach has a somewhat complicated nine year maturation, a vatting of bourbon and sherry matured Kilchoman combined with port cask matured in 2014, the whisky was then filled back in bourbon barrels for a further six years ahead a six month finish in ruby port casks.

Regardless of how Am Bùrach came to be, its depth of character sets it apart, rich, fruity and sweet on the nose, it coats the palate with red fruits, creamy sweetness and herbaceous peat smoke on the palate before a long finish of dried fruit and citrus sweetness. A single malt not to be missed out on with just 10,550 bottles being released worldwide."