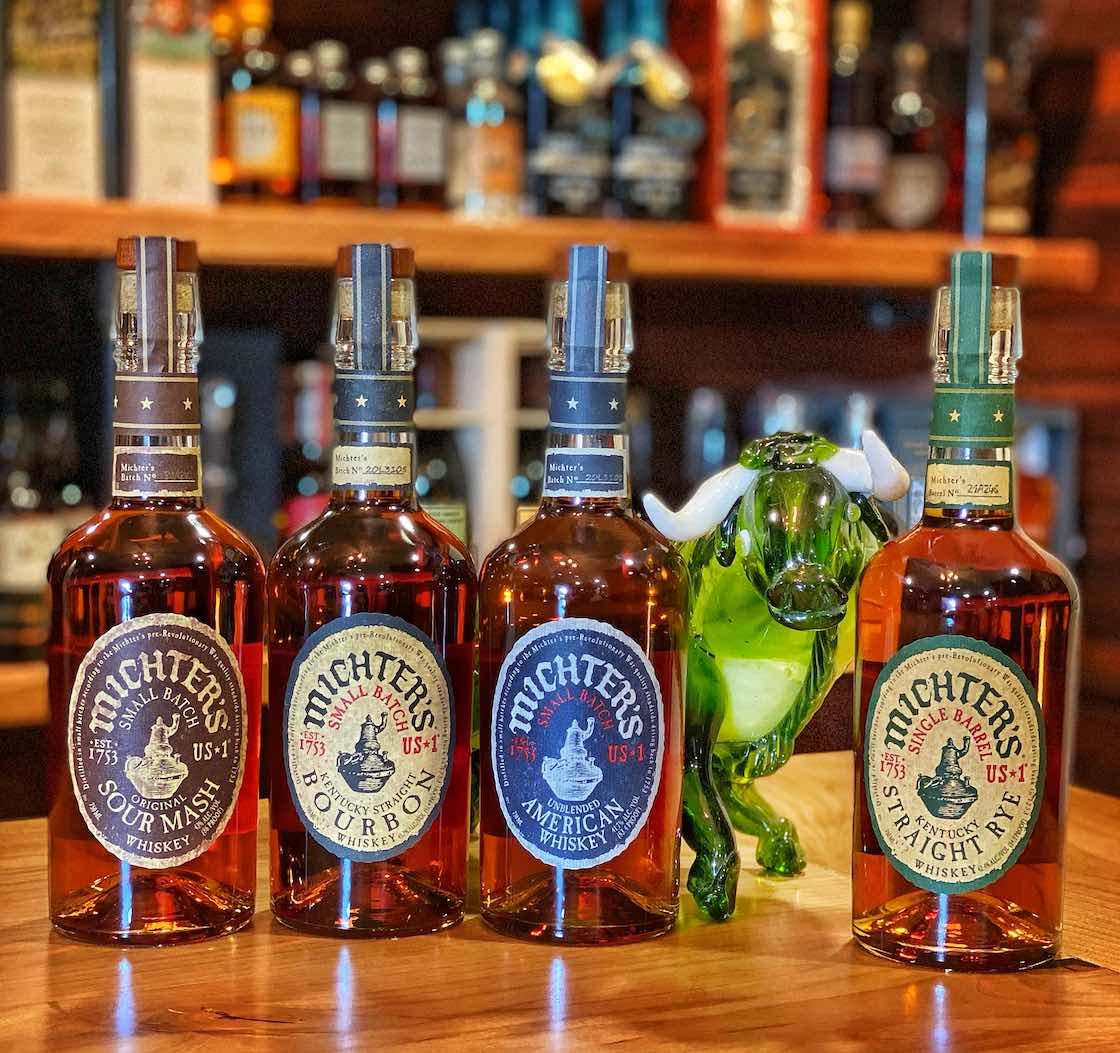 
Michter's "US-1" Straight Rye Whiskey (Kentucky) 750ML: "Mint, honeysuckle, and pepper fill out the nose, with more mint, fresh cut grass and some spicy rye in the palate. The finish is long and spicy, with more honeysuckle, rye and barrel coming through."

Wine Enthusiast, 94 Points: “This small-batch whiskey is a treat, butter-soft and loaded with sweet toffee and hazelnut aromas and flavors. The long finish rolls toward dry espresso and mocha flavors, pepped up with clove and cinnamon."

Michter's "US-1" Sour Mash Whiskey (Kentucky) 750ML: Warm toasted burnt sugar notes with spice, sweet, smoky. During the 1970s and 1980s, Michter’s Original Sour Mash Whiskey was the distillery’s single most popular product. While the “Sour Mash” moniker originated from the whiskey production process of the same name – whereby some previously fermented mash is used as the starter for the new mash to be fermented, much like making sourdough bread – Michter’s Original Sour Mash earned distinction for its unique taste. With its unique grain selection, it cannot be categorized as a rye or a bourbon.

After disappearing from the market in 1989, Michter’s Original Sour Mash Whiskey made a triumphant return in 2012 with its introduction into the US1 line. Staying true to the profile and palate of its predecessor, Michter’s US1 Sour Mash has quickly become a favorite of whiskey enthusiasts.

Wine Enthusiast, 93 Points: “Resurrected after 23 years, this smooth, buttery American whiskey is worth the wait. It has mellow vanilla and oak flavors, with a faint cherry essence on the long finish that seems to urge, “stir up a few Manhattans already."

Wine Enthusiast, 90-95 Points: “The bouquet has a dry, grainy aroma which is accented by peppery/spicy scents. The palate entry is surprisingly sweet and corny, considering how dry the aroma is; the midpalate point is deep, corny sweet, sap-like and a bit syrupy. Ends up well and balanced, with a backnote of dried red fruit (raisins, prunes)."