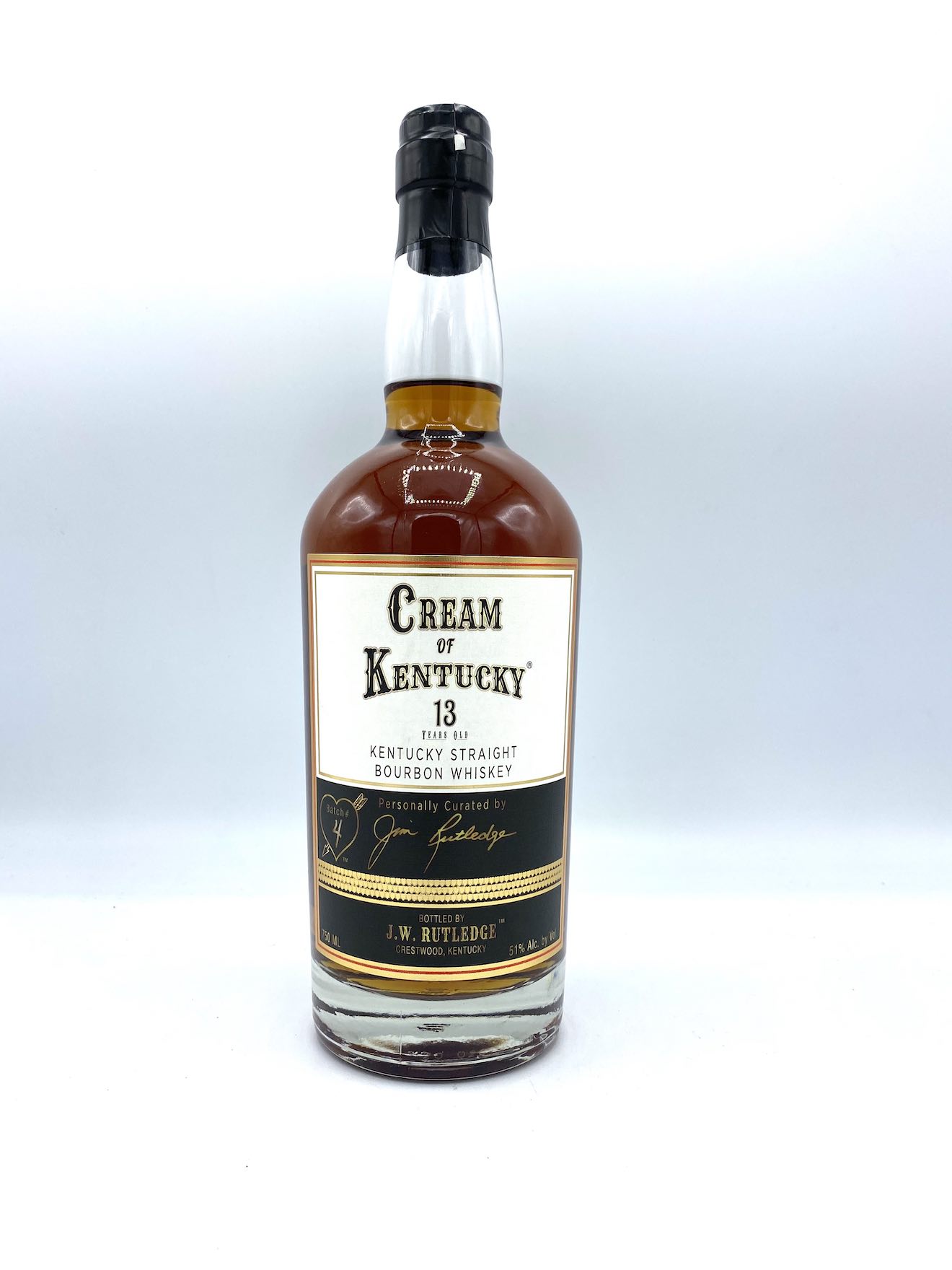 Former Four Roses master distiller Jim Rutledge plans to open a new distillery, reviving the historic Cream of Kentucky bourbon brand as one of its whiskeys. As the plans are still in development, he is bottling this 11.5 year old straight bourbon, sourced from an undisclosed Kentucky distillery. Of the 9,000 bottles released, Rutledge signed 12 and slipped them into cases being shipped out to several states—a nice “golden ticket” touch for this limited release.

Cream of Kentucky was created in the 1880s by I. Traeger & Co. of Cincinnati—yes, an Ohio distiller branded its whiskey with the state of Kentucky. The whiskey was likely sourced from Kentucky, however. After Prohibition, the brand was re-introduced by Schenley, one of the largest whiskey companies in the country at that time, and grew to prominence in the 1930s and ’40s. Eventually, it declined in popularity and became a blended whiskey. The brand itself was discontinued at some point, most likely in the in the 1980s, and by 1996, the trademark was abandoned.