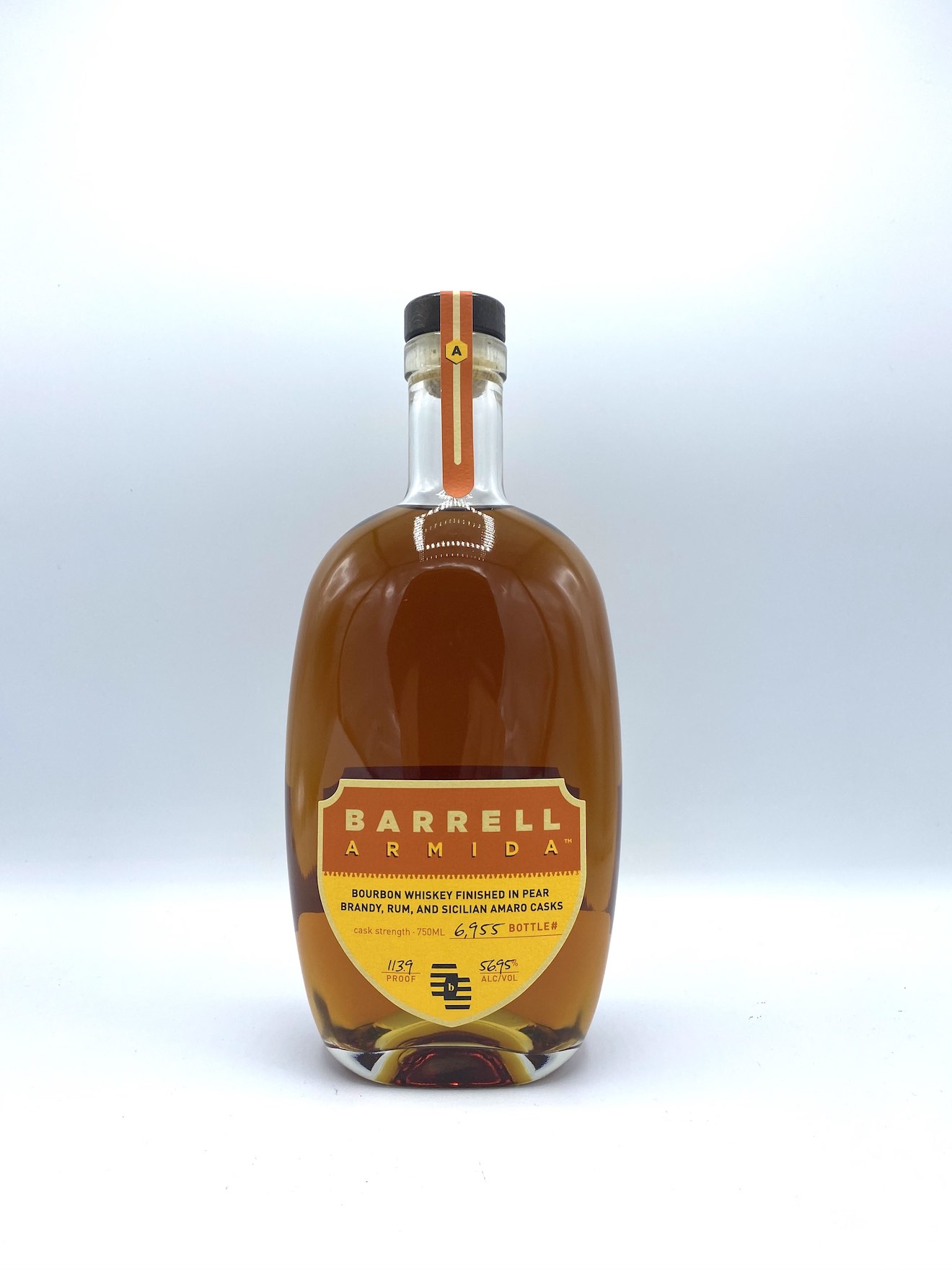 Producer Notes: Armida began as an experiment, trying to make a dream whiskey come to fruition: What flavors and aromas are we most excited to find in bourbon? Where in the world of spirits do those flavors exist? Can we finish and blend whiskeys to tease the subtle flavors we are looking for from the edges of perception into the forefront? More than a year later we find ourselves with a whiskey with subtle hints of spice and orchard fruit we chase in bourbons amplified into balance and power we have never found before.

Armida is a blend of three Straight Bourbon Whiskeys finished separately in Pear Brandy, Jamaican Rum, and Sicilian Amaro Casks. The ripe, floral pear notes provide a soft entrance into a whiskey that is adorned with hints of spice and arid citrus derived from the Amaro casks (and also the toasty bourbon itself). This mélange of flavor is framed by the tropical sweetness found in rum finished whiskeys. Armida is a journey for the palate: from a brisk northern orchard to an ancient island, it ends up exactly where we intended, with an immensely complex and satisfying whiskey.

While constructing the blend for this whiskey, Joe was taken by how nostalgic some of the combinations of flavors were. Joe’s mother’s family had a farm in the northeast where he would often spend time in the summer and autumn. These brisk, orchard fruit memories inspired many of the first test blends and so, Joe named the project after his mother’s formal name, Armida.

APPEARANCE: Bright gold with a pale rim.
NOSE: Opens with creamy and sweet notes of carrot cake, dulce de leche, and chestnut honey. The pear brandy’s influence inflects the core aroma, with poached pear leading blackberry and dried lime peel. Shimmering at the edges are countless herbs and dusty spices. Notes familiar to Sicilian amari, such as fennel seed, aniseed, nutmeg, and cacao are there. As Sicily was once part of the Duchy of Savoy licorice, wormwood and chamomile are encountered here, in Savoy’s tradition of genepy and absinthe.