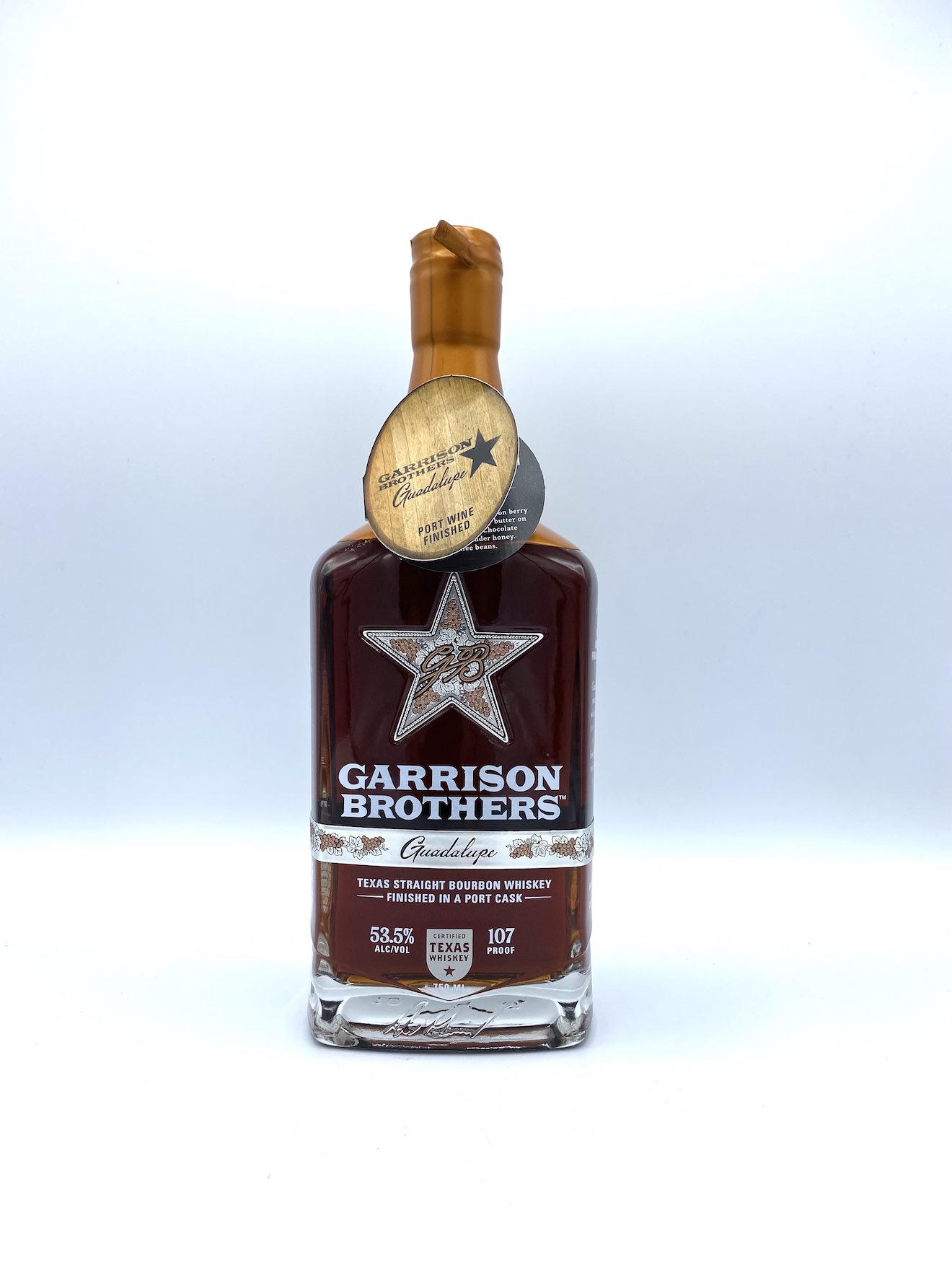 Producer Notes: Here’s to Guadalupe – our newest and most refined bourbon to date. Aged four years in toasted and charred white American oak barrels and an additional two years in beautiful port casks imported from Portugal, Guadalupe is the same award-winning Garrison Brothers Texas Straight Bourbon you love, with a delicate, sweet Port Wine finish. Guadalupe is a sensuous, creamy liquid, exploding with unique flavors and character, making it the perfect bourbon for the connoisseur with a sophisticated palate. We like to consider Guadalupe your "dessert bourbon" and encourage you to enjoy it in the evening, paired with your favorite chocolates. We can't wait for y'all to try it.

Port is a sweet wine with flavors of raspberry, blackberry, caramel, cinnamon, and chocolate sauce. Older, fine Tawny Ports have an even wider array of subtle flavors, including graphite, green peppercorn, hazelnut, almond, butterscotch, and graham cracker. Naturally, these flavor characteristics have great appeal to a bourbon maker. What a tremendous accent such sweet spices might bring to a creamy, buttery straight bourbon whiskey.

We would not be denied this bourbon. So Donnis began importing tawny port barrels from Portugal about the same time the original Estacado was released. He was enamored with what the super wet port casks did to the finish of our bourbon. Port wine is typically richer, sweeter, heavier, and higher in alcohol content. Most would say the same thing about Garrison Brothers bourbon. Donnis discovered that the magic maturation combination was four years in white American oak casks and then two additional years in the tawny port casks.

He selected 90 thirty-gallon bourbon barrels that had been originally filled in 2015. The Angel’s share losses were about 13 gallons per barrel, meaning there were just 1,530 gallons of bourbon to be used. This liquid was entered into twenty-six 59 gallon port casks in 2019 and is arguably the best bourbon we’ve ever made.