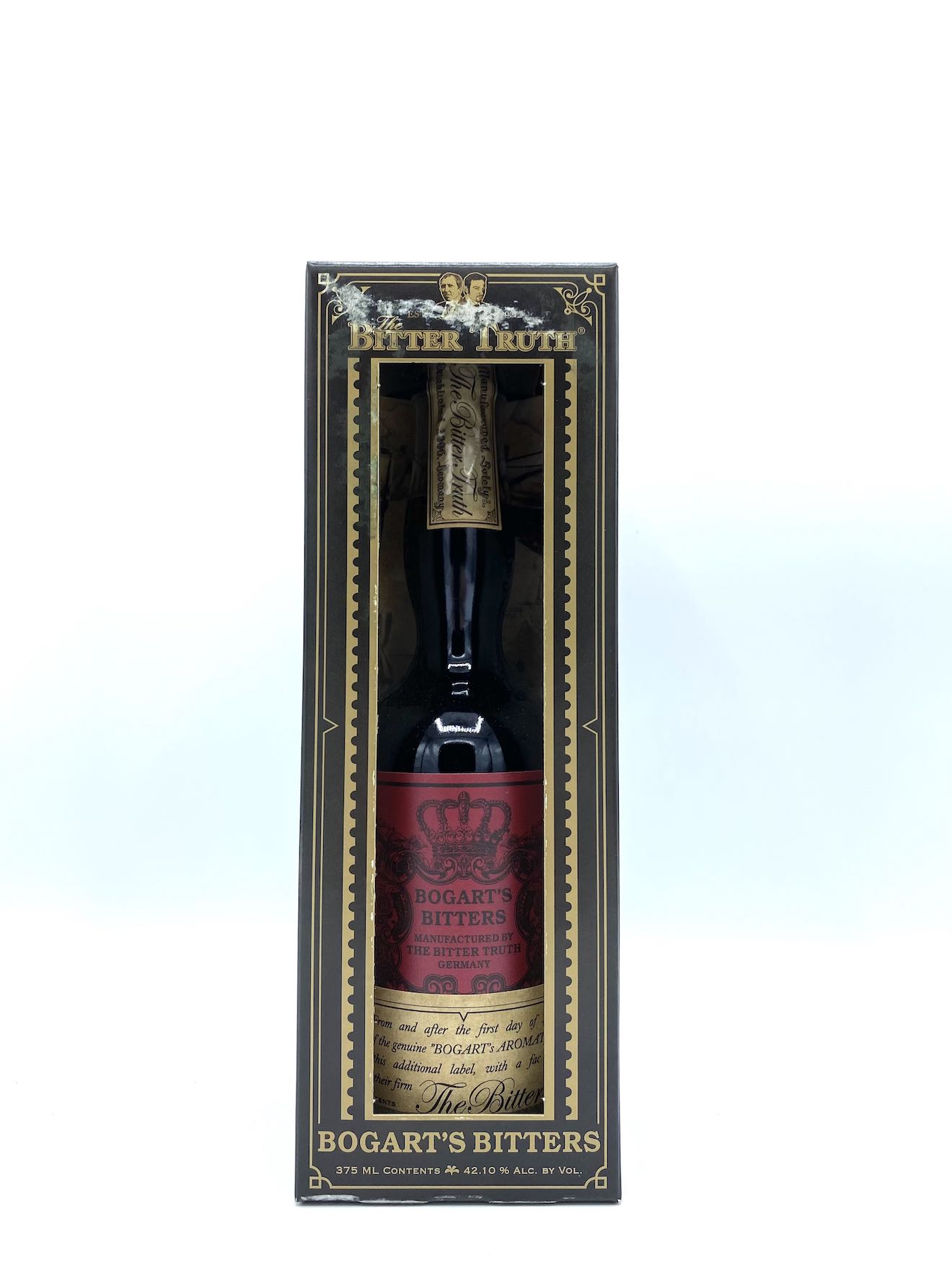 Producer Notes: Bogart`s Bitters can arguably be said to have started the cocktail movement as it was the first-ever mentioned bitters in the very first cocktail book published in 1862, written by the most famous bartender of those days, Jerry Thomas – a name synonymous with the first golden age of the cocktail.

Although no bottles of the Jerry Thomas era ever surfaced, the common belief is that Bogart’s was a kind of misspelling of Boker’s Bitters at that time. Still, the impact on the development of the cocktail is without question. Before other bitters appeared in cocktail recipes around the world, there was Bogart’s/Boker’s. A beautifully balanced and versatile cocktail bitter, it was even called for by name in the first Martini Cocktail recipe, printed in 1888, where one was instructed to use “genuine” Bogart’s/Boker’s, indicating that this most popular bitters had weak imitations floating around.

And this makes sense, for if one actually tasted one of the very few remaining bottles of original Bogart’s/Boker’s bitters, they would discover that this magnificent bitter is not a cardamom bomb, but rather a beautiful mix of dark spice and chocolatey coffee, that can only be achieved by using a very expensive herb, an ingredient that others use sparingly due to cost, but also to the detriment of the final product.

The Bitter Truth has spent much time in investigating the subject over the last 10 years and is in the possession of a super rare original bottle – one of the only known bottles to have survived with genuine remaining contents, bottled around 1900.

Originally sold in iconic “lady leg” bottles made of brown glass, these bottles were defunct for about a century and have now been reproduced for this special edition.

The same goes for the labels, which have been redesigned from this surviving bottle. The formula has been analyzed, interpreted and changes in flavor profile, due to age, were subtracted and the liquid formulated in the way it authentically resembles Jerry Thomas’ favorite bitters of more than a century ago.” Jamie Boudreau – Canon: Whiskey and Bitters Emporium Seattle