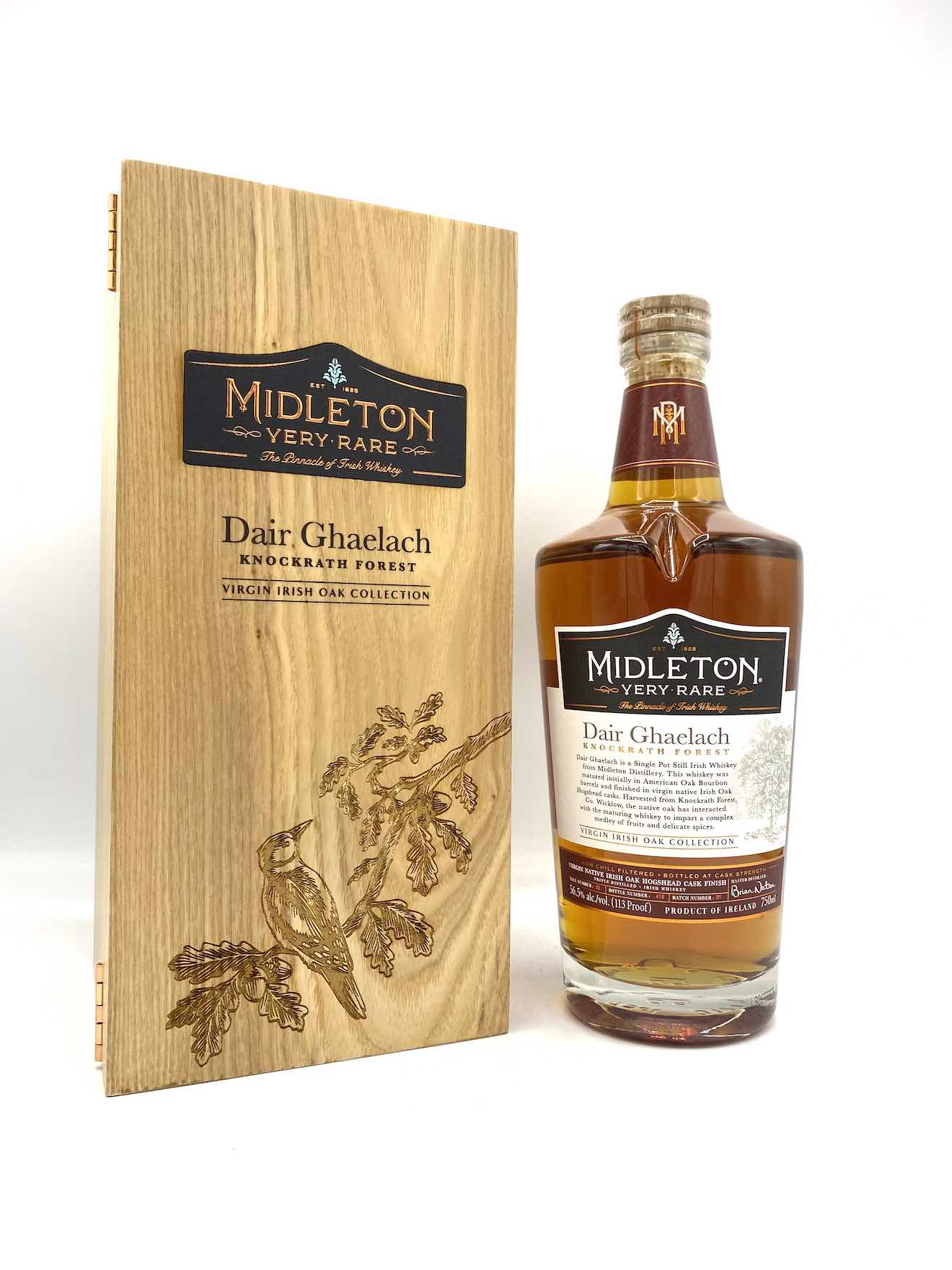 Distillery Notes: Once harvested, the oak logs were shipped to the Spanish region of Galicia and the Maderbar sawmills where, for more than fifty years, the same family have been working with wood. Here, under the watchful eyes of the Midleton Distillery’s Kevin O’Gorman, Master of Maturation; and our Master Cooper, Ger Buckley, the barrels’ staves were created using the time-honoured craft of quarter sawing.

Next, the precisely shaped and honed staves made the ten hour journey from the sawmills to the Antonio Paez Lobato cooperage in Jerez, where they were laid out to dry naturally in the warmth of the Spanish sun. Fifteen months later, the Knockrath oak staves were ready to be worked and yielded 42 casks, each of which received a light toast.

Finally, the oak casks for Dair Ghaelach returned to Midleton from Spain, where they were filled with a specially selected range of fifteen to twenty-eight year old Single Pot Still whiskeys previously matured in American oak barrels. Nosed and tasted every month, Billy Leighton, Master Blender; and Kevin O’Gorman, Master of Maturation, kept a vigilant watch on the liquid. After two years, the Irish oak influence was deemed to have struck a perfect balance with the Single Pot Still character.

Midleton Dair Ghaelach was the first whiskey in modern times to be matured in home-grown Irish oak, and the Knockrath Forest edition is the third of this the most Irish of whiskeys to be released.

Each whiskey in the series is as individual as it is irresistible; whiskey as satisfyingly Irish as it is undeniably elegant.

AROMA: Pot still spices are accentuated by the Irish oak contribution, adding waves of toasted wood with hints of vanilla and roasted coffee, layered over fresh fruit which evolves from orchard fruits to tropical notes.

TASTE: Classic pot still spices give a luscious texture to the fore, while the influence of the Irish oak adds a medley of sweet notes including chocolate and honeycomb.

FINISH: Remarkably long finish with fruit and spices fading to allow the Irish Oak have the final say.